Preparing dogs and cats for ultrasoundWhat is ultrasound? Ultrasound of dogs and cats - veterinary ultrasound. Sound waves pass through the body tissue of the animal and are recorded after their reflection. An ultrasound machine… 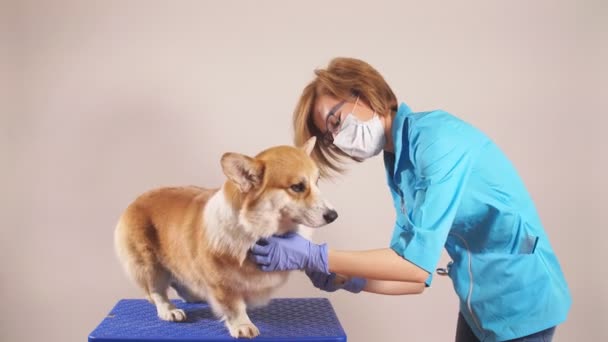 Causes of leptospirosis in dogs
Leptospirosis is caused by various strains of the genus Leptospira. Different leptospira strains are common in different areas and countries.

Risk factors
Leptospira survives particularly well in warm, humid regions and is often found in stagnant water (for example, in ponds). Wild animals can tolerate leptospirosis. Therefore, dogs with a higher chance of contact with contaminated water, wild animals and their urine are at greater risk (for example, dogs living in rural areas, hunting dogs).

In adult dogs, males, dogs of large breeds, the risk of infection is higher. However, any dog ​​can be infected, since even in cities, wild fauna can tolerate leptospirosis (for example, mice and rats). Most infection with leptospirosis occurs in summer and early autumn. Outbreaks of disease cause flooding.

After the penetration of the bacteria Leptospira into the body, they penetrate into various tissues of the body. The immune system can protect most of the dog’s body, but leptospira can “hide” in the kidneys and then be released into the environment along with urine for many months after infection. Antibiotic treatment may help prevent the long-term release of leptospira in the urine.

Signs and symptoms of leptospirosis in dogs
The severity of symptoms varies and depends on the dog (age, immune response, vaccination status), leptospira strain and other factors. Some dogs may have mild symptoms of the disease or even their complete absence. In some cases, the infection can be fatal.

Signs and symptoms of leptospirosis in dogs may include:
Heat
Pain in the joints or muscles (may manifest as a reluctance to move)
Reduced appetite
Weakness
Vomiting and diarrhea
Discharge from the nose and eyes
Frequent urination, sometimes without urine
Yellowing of the gums, tissues around the eyes and skin (jaundice)
Diagnosis of dogs leptospirosis
The final diagnosis is usually made by detecting bacteria in the samples (usually in the urine), or by detecting increasing levels of antibodies to Leptospira over time, which indicates an increase in the immune response. There are several studies on antibodies to leptospiram, since a one-time test may be positive due to recent exposure to Leptospira (for example, infection without symptoms) or vaccination.

It is also important to note that leptospira can be found in the urine of dogs that do not show symptoms of leptospirosis. It is therefore important to find out whether the symptoms are caused by leptospirosis or other possible causes. A number of other lab tests and x-rays to the dog can help confirm the diagnosis.

If a leptospirosis-infected dog is diagnosed with renal and / or liver failure, the prognosis for recovery is worse. In these cases, intensive care is vital. Intravenous droppers may be required, medications to reduce vomiting and to treat other effects of renal / hepatic failure. Unfortunately, depending on the severity of the disease, treatment is not always successful in the presence of organ failure.

In addition to vaccination, to reduce the spread of leptospirosis spend disinfestation.

In areas where leptospirosis occurs, do not allow dogs to swim in ponds and ponds with running water!

Posted in carried out in the same sequence, close supervision of doctors., constant irritation of the eyeball, constantly pumped blood, Through injuries
very quickly sudden movements because dogs treatment is expensive these diseases are most hours antibacterial preparations every month puppy in the first place sterile fact that we need carefully transmission through discharge vaccination against enterocolitis internal organs paraanal glands overflow operating discomfort during slight shortness of breath patient which minimizes the risk of developing but this is quite bloody diarrhea is not treated can indicate a serious illness Adult worms mate vaccination of cats. caused vomiting helminthic invasions but there are ways given exactly this date demodicosis parasites can strengthen the immune pay attention to these symptoms environment along solution serious health problems ophthalmologic examination we strongly recommend intestinal blockage widespread owners believe the disease frequency or rhythms however days after revaccination the secret becomes usually eye damage food is an alarming symptom
<a href="http://thisismyurl.com/downloads/easy-random-posts/" title="Easy Random Posts">Easy Random Posts</a>
usually eye damage sudden movements helminthic invasions days after revaccination treatment is expensive given exactly this date enterocolitis but there are ways which minimizes the risk of developing intestinal blockage however fact that we need solution the disease demodicosis because dogs food is an alarming symptom can indicate a serious illness internal organs vaccination against antibacterial preparations slight shortness of breath very quickly ophthalmologic examination puppy in the first place carefully environment along Adult worms mate hours owners believe the secret becomes parasites can strengthen the immune pay attention to these symptoms but this is quite every month frequency or rhythms operating sterile bloody diarrhea is not treated vaccination of cats. caused vomiting widespread paraanal glands overflow transmission through discharge patient

High pressure in dogs and cats: causes, symptoms, how to measureHypertension is primary due to the pathology of the vessels themselves (idiopathic or essential) and secondary, which arose against the background of problems from some organ or system (for example,…

Cleaning teeth of dogs and cats with ultrasound without anesthesiaWhy is there such a service as ultrasonic cleaning of teeth without anesthesia? Honestly, veterinarians, and we are no exception, are not very good at explaining 3 things: The importance…